on April 05, 2020
What were once bustling, eclectic workspaces are now barren buildings as co-working spaces popular with millennials and startups remain shut under the nationwide lockdown.

The COVID-19 crisis has hit startups across sectors, but co-working spaces, with their large capex and completely offline model, have seen revenues fall down to zero over the past few weeks.
But zero revenues for a few weeks is not the only concern for the industry - companies are fast seeing customers invoke force majeure clauses to suspend payments on office spaces, some even for up to six months.
But a silver lining in all this is that the nascent co-working sector, which counts over 400 small players spread across the country, is coming together to address the challenges.
Industry members such as WeWork India, Innov8, 91Springboard and others who first came together on a WhatsApp group to discuss common problems, are now moving to form an industry association.
“About 30 players have come together so far to create the Indian Workspace Association,” said Ritesh Malik, founder of Innov8, which was acquired by Oyo last year.
“We have not been able to register the association given the lockdown, but this is something we are all serious about, since we have to work on addressing the issues together,” said Malik.
Innov8, which runs over 30 centres across the country, has already seen a few force majeure notices come in from customers who want to suspend payments for a few months.
“We are seeing this from a few number of customers as of now, mostly those who are very early-stage, and we are taking this on a case by case basis. We thankfully have a lot of enterprise customers who will not be as badly impacted,” Malik said.
At 91 Springboard as well, customers are starting to enquire about the force majeure clause. “We have received some queries from our customers with regard to the clause, but we have not received any formal force majeure notices so far,” said Anand Vemuri, co-founder of 91Springboard, which has 27 centres and 4,000 customers.
“Given the situation, we will not contest if we get any force majeure notices,” Vemuri added.  91Springboard also will not invoice customers for April and will only charge a 20 percent maintenance fee, he said.
At WorkAmp Spaces, which operates four co-working centres in Mumbai and Thane, some customers have invoked the force majeure clause to suspend payments for up to three months.
Several of these co-working players have also started passing on credit to customers for non-utilisation of the office space during the lockdown, which they can utilise as an extension to their term later on.
Some, such as WorkAmp, will also offer discounted invoices to customers. “We are seeing some operational savings up to 20 percent due to keeping the centres closed, so we will pass it on to our customers for this period,” said Smeet Gala, CEO, WorkAmp.
WeWork India did not respond to specific queries.
While these companies are seeing force majuere from customers, most have not moved to invoke the clause themselves when it comes to agreements with landlords. “We are currently talking to our landlords and negotiating what is mutually beneficial for us,’ said Vemuri.
“We think that a full recovery would take about 6 months and we are working together with our landlords to ensure we are all in a good financial situation after six months,” he added.
“We have the force majeure clause with some landlords and in the other agreements, we have other similar clauses. We are working with landlords who we have good relations with to understand the best way ahead,” Gala said.
Malik said many of Innov8’s centres are run on a revenue-sharing model, which lowers the capital outflow for the company in terms of rent. While the situation seems bleak, the industry is confident that customers will return to co-working spaces post-COVID-19. They, however, will face a new competition - the work from home model.
"Co-working, as a business model as well as a way of working, is not going to change much in the wake of COVID-19. We do not anticipate any reduction in rates because reduced rates cannot overcome the main hurdle – that of containment measures. In short, until it is considered safe to visit offices again, discounted rates will not induce companies to populate their offices again,” said Anuj Puri, chairman, Anarock Property Consultant’s.
“In the post-COVID-19 era, both co-working and traditional offices may have to deal with one new variable, namely the forced awareness among many companies that working at home is actually a viable concept. This factor could impact absorption of office spaces – and more so, it will be a pretty democratic process and not favour one model or the other,” he added. 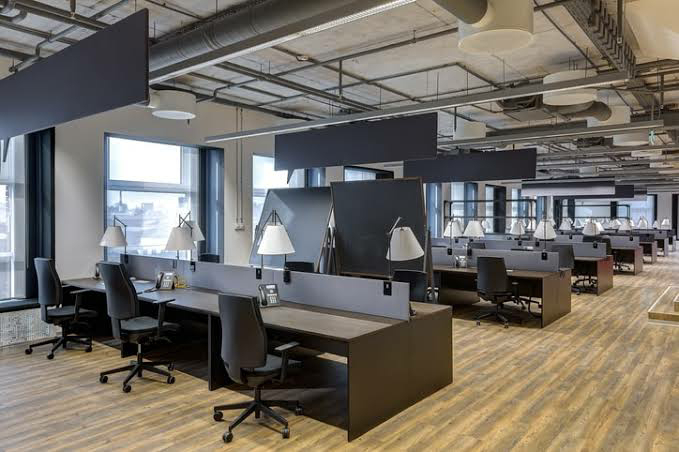 Now this can also be considered as alternate affordability index. In our latest report, the 2021 Desk Price Index, we examine the evolution and maturation of coworking markets around the world. By taking a data-led view of the industry as a whole, the report illuminates the most and least expensive cities and countries for coworking—a useful metric for coworking operators who are looking to expand their locations. As remote work becomes increasingly popularized and the flexible office industry continues to develop across second and third-tier cities, shared offices are growing in appeal. With the average price for a monthly hot desk rental reaching $189 USD (up from $183 in 2020), competition is ripe as spaces see rising demand from large companies that are now integrating a hub-and-spoke model of work. Our Analysis – Most Expensive Countries for Coworking 2021 In this year’s Desk Price Index, we examined the average monthly hot desk prices of more than 15,000 coworking spa